If you always wanted the power to destroy the world, we would actually understand as there are many people who would want to do it. Now what would happen if you were that person who had the power to destroy the world but does not know why he has that power? That is the theme of Sands of Destruction, which is a role playing game for Nintendo DS, and is being developed by imageepoch. It would be released on the 12th of January and would cost $27.99. 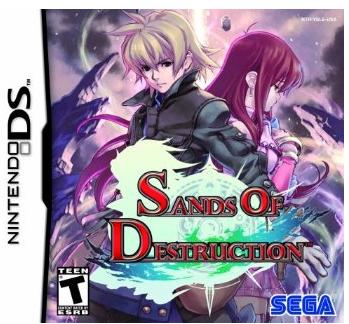 This game is full of action and violence and if you would like a gaming session of nail-biting suspense, this is the one for you to buy. The game also plays in a 3D environment and comes with a rotatable camera. The game takes place in a world which is ruled by anthropomorphic animals called Ferals. You could check out The Calling, which is a horror game and is pretty cool as well.