If you are into dark video games that are set in strange locales, there are many game4s to choose from. Here is another game that could be added to the list and comes from the house of Ubisoft Paris and is called Red Steel 2. 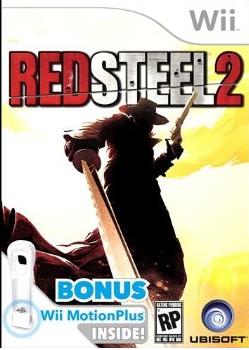 It is going to be set in a desert-bound high tech metropolis and the protagonist is called the Swordsman. With a name like that, and with a locale like hat, you could expect a lot of mysterious legends and violent actions. Swordsman is a silent protagonist who used to be a member of a clan called The Protectors. “The Jackals” kill all the “Protectors” and only Swordsman is saved. Now, the Swordsman has to avenge the killings of his clan and should go ahead and kill Payne, who is the leader of the Jackals. The game is expected to be released on the 16th of February and would cost $59.99. It would come as a bundle with MotionPlus Wii, which is a great thing if you asked me. You could also check out other mysterious and scary games like the Silent Hill: Shattered Memories. You could also try reading about Metroid Prime: Trilogy, and we had written about the behind-the-scenes stories about it.