An In Depth Look At The Wii U’s Controller

Read to find out the latest about the Nintendo Wii U’s exciting touch-screen controller that has been the buzz of E3. Bridging the gab between hardcore and casual. In a rough sense that is what Nintendo hopes to do with their next gaming console, the Nintendo Wii U.  Over the past half decade, the House of Mario has had a firm grasp over the non-gaming populace, but sadly at the cost of traditional core gamers who love to hug tight their 1080p, online capable gaming boxes.

Presumably with the amount of horsepower under the hood of the Wii U, there won’t be any excuses this time around to not bring those very same HD experiences to this new machine. And hopefully, now realizing the giant mistake they made in not taking online infrastructure seriously enough — perhaps Nintendo will come roaring back with an online service that can rival those of Sony’s & Microsoft’s (don’t let me down Ninty!) 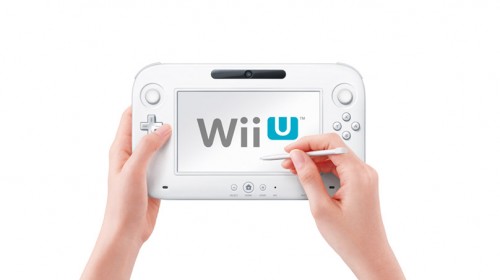 But what about holding on to that precious commodity of casual gamers that Nintendo has netted in since the Nintendo Wii’s motion-controlling revolution became an instant hit? The change to a tablet-shaped controller for the Wii U speaks heavily on the battle plan to do just that.

Almost over night the landscape has changed dramatically and a wave of other easy-to-use entertainment devices have invaded the market — including the Apple iPad. Now while the super successful iPad might have not been the call to arms Nintendo needed to create the Wii U’s unique peripheral, it certainly highlights how the company thinks where the mainstream is moving towards to get their electronic kicks. Bringing this talk back to the recent & more relevant developments during this year’s E3, a lot of new info about the Wii U’s controller (the WiiPad?) has been made public — especially on how the controller feels in your hands. Without having a real on-hands demo, the WiiPad certainly does look like it has a lot of weight to it, what with a 6.2″ touch-screen embedded right in.

Yet in actuality, the WiiPad is rather light in weight and comfortable when being held — certainly a good thing to hear about one of the most important aspects to any console. About that touch-screen though, from reports it seems like the same technology that powers the Nintendo DS’s limited touch-screen is the very same being used for the Wii U’s controller.

Honestly that’s a little disappointing to hear — most current touch-screen devices have multi-touch as a standard function, so seeing it being left out in this instance kind of sours the WiiPad’s potential. Although a reasonable case could be made that the choice behind this was made was over price and durability, which resistive touch-screens (found in the DS) are super adapt at being right now. Lastly, one interesting thing I should note is that the Wii U will only support one WiiPad. This likely means that the controller itself won’t be sold separately stores, so if you were dreaming of touch-screen multiplayer matches with friends — it’s not looking all to likely, sorry.

It’s really amusing how this time around when came to revealing new hardware, Nintendo showcased the controller before the console itself. Hopefully in the months to come we’ll learn tons more about the Wii U — about its games and how they take advantage of a rather intriguing controller.